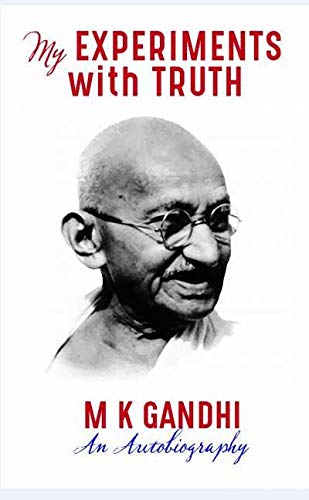 This remarkable autobiography of the ‘father of the nation’ M.K Gandhi fondly referred to as Mahatma Gandhi is a telling portrayal of the mahatma’s unusual journey of life. Marked by real and instantly identifiable trysts with reality, The book brings the reader closer to Gandhi’s evolution from the loss of a childhood emanating from arranged marriage all the way to his self-realization and active determination to be the author of his own story. An autobiography: the story of My experiments with truth by Mohandas K. Gandhi traces his life from his birth in R until the end of 1920 by when his policy of non-cooperation with the government is passed by the all-india Congress Committee. The story begins with Gandhi’s childhood in the R and Rajkot where he is educated in the local schools until he finishes high school and gets married at the age of 13 to A woman named kasturbai, who we later learn about as a pillar of support right till the end. From there on till his work in South Africa, where he is forced to return to India due to the outbreak of WW1 Gandhi’s book accurately reveals his General goal and intent of life – his steadfast search for truth.

The man best known as Gandhi’s longest running companion of 25 years, Mahadev Desai was a lawyer by education and a scholar by disposition. He was responsible for transcribing Gandhi’s words and drafting his letters as well as serving as interpreter and interlocutor. So devoted was he to the Mahatma that he even followed Gandhi to jail. Desai was in many ways far more learned and scholarly than Gandhi, tutoring him on history, literature and politics besides other subjects. Desai wrote his most important works on Gandhi during the time that Gandhi was incarcerated in the Yeravda Jail near Pune, Maharashtra from 1931 to 1934. When arrested during the Quit India movement and sent to the Aga Khan Palace for imprisonment, Desai died on August 15th, 1942 at the young age of 50. Gandhi considered it a tragedy and loss to have lost someone Kasturba and he considered a son. Desai’s death was mourned by Gandhi’s supporters throughout the country.