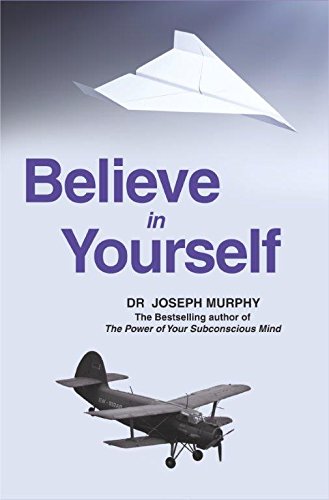 In Believe in Yourself, Dr. Murphy stresses about having faith in ones abilities, believing in the inner self and in having the courage to chase your dream, come what may. The book was first published in 1955 but remains as popular as it was then. Being a preacher, with decades of experience behind him, Dr Murphy delves into lives of people to demonstrate the all encompassing power of self. By citing interesting episodes from the lives of artists, writers, entrepreneurs and ordinary people, who achieved acclaim and success, the author goes on to emphasize that one thread that runs through was a strong belief in oneself. The book has proved highly motivational and has enabled many readers to overcome low self esteem and achieve their objectives in life. The author points out various ways by which one can overcome defeat, hardships and keep on the righteous track to succeed by using only fair means. People who are low in confidence, need a direction in life or a guiding light to keep them motivated makes this subjective compulsion a key to success for any individual says the author.

Dr. Joseph Murphy, born in Ireland in 1898, moved to USA in the mid-1940’s, where he became minister of the Los Angeles Divine Science Church in 1949. He built a large following and his sermons about new thought grew into one of the largest congregations in US. During his service as a minister of the church, he even obtained and PhD in psychology. Many of his sermons were compiled into books and as a publisher of many motivational works, his legacy has grown manifold since he died in 1981. One his most popular book Power of your Subconscious Mind has never gone out of print and has been translated into seventeen languages.